In the previous article we discussed the relationship between Selenium, Molybdenum and Sulphur. In this article we discuss in some depth Chromium and other minerals such as Vanadium and Zinc. We also have included a synergistic mineral chart (for at least 22 minerals). 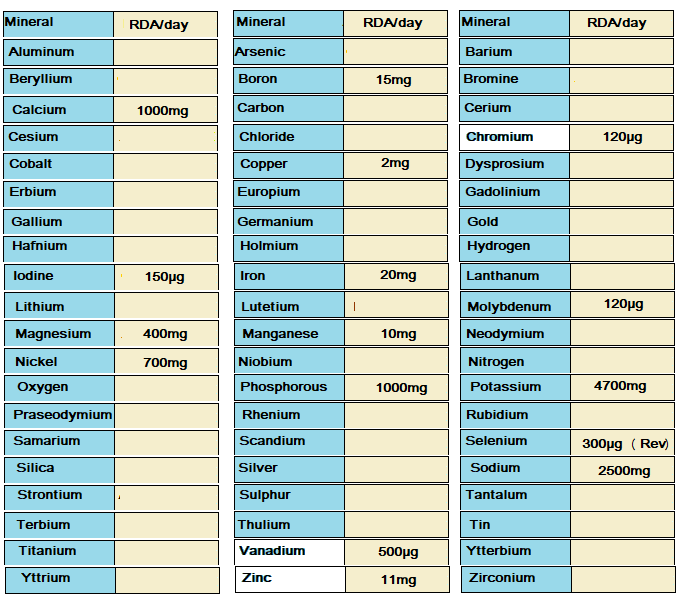 The Biological Purpose of Chromium 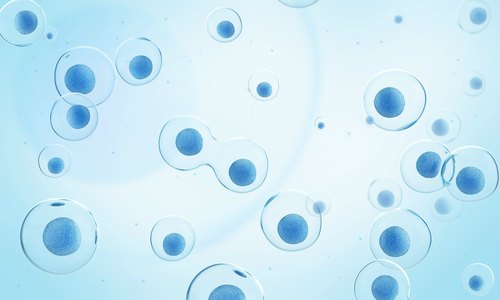 One of the most important biological functions of Chromium is its effect on Insulin, Glucose and Glycated Hemoglobin.

In 1959 Chromium was identified to potentiate insulin action and restore normal glucose tolerances.

In recent times, a meta analysis (A statistical analysis of multiple studies to reach a more conclusive result) was undertaken by Althuis & colleagues who concluded that there was no association between chromium and glucose/insulin levels in non diabetic subjects, however data gathered from a large study completed in China with diabetic subjects showed that chromium supplementation reduced glucose,insulin and glycated hemoglobin level.

The discovery of a peptide containing  Glycine, Cysteine, Glutamate and Aspartate Amino Acid residues called Chromodulin, appears to enhance the uptake of glucose from the blood and has been referred to as the master regulator of insulin.

Chromium is supposed to enhance DHEA production by way of reducing high insulin levels.  DHEA (Dehydroepiandrosterone, also known as Androstenolone) is the most abundant steroid hormone used as an intermediate in the biosynthesis of Androgen/Estrogen, as we mentioned in the previous article concerning Sulphur and Selenium.

It is produced from Cholesterol (like all hormones) and 2 Cytochrome P450 enzymes (within the Liver) that convert Cholesterol to Pregnenolone and then to DHEA. 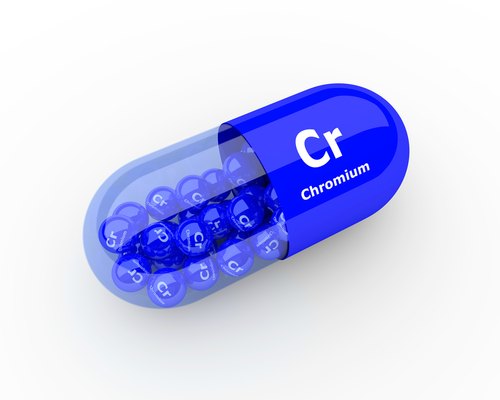 This study also used a dose of 200μg; the absorption rate must have been very low, yet it still had an effect of lowering cholesterol.

The Iron transport protein Transferrin seems to be the active transport for chromium, while storage is found the in the Bone (Chromium is a bone seeking mineral), Spleen,Liver and Kidney, with a variable half-life storage from 1 day to 346 days.

Having said that, the body appears to excrete most of the unused chromium, but this appears to be dependent on the bodies activity or balanced status i.e a stressed individual will excrete more chromium. 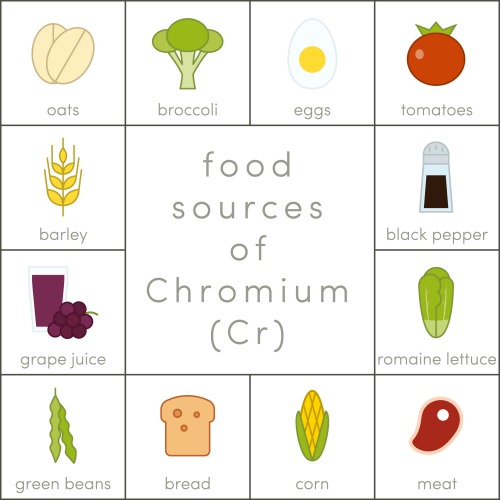 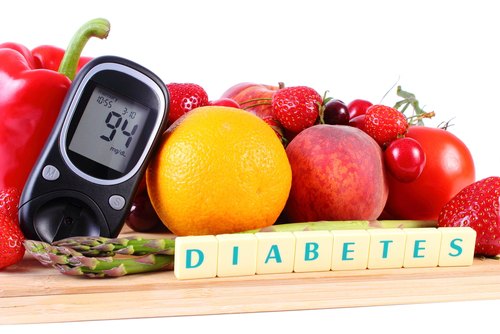 In these series of articles of the 90 essential nutrients my purpose, is to impress upon all who read these articles how crucial these nutrients are to the human condition, to build health and balance, and to avoid biological imbalance which cause a myriad of abnormality. 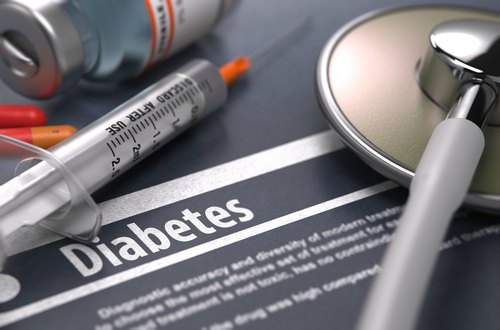 We know that diabetes is a condition that evolves from the oversupply of glucose into the blood that completely overwhelms the cell’s ability to absorb the glucose, despite the insulin hormone that is tapping on the cell’s door to allow more glucose to enter and the cells simply keep the door shut.

In essence the diabetic condition is the bloodstream flooded with both excess Glucose and excess Insulin.

Conventional medicine are using inappropriate substances to increase Insulin by chemically tampering with the pancreas, or helping the body use Insulin more effectively, or stimulating (tampering again) the liver to produce less Glucose and/or temporarily suppressing the enzymes that turn carbohydrates into glucose.(Metformin).

But producing more insulin to flow is not the answer, insulin after all is just a signaling hormone to request the cell to allow more glucose to enter, but the cell is already full, triggering cellular insulin resistance.

By slowing down glucose production is like stopping an an automobile assembly line because the light fixtures are not ready to be installed, so everything gets backed up, and slowing down biological processes especially energy production is disastrous.

Excessive insulin can cause damage to organs not to speak of imbalances in the blood which is absolutely not tolerated by the body, since blood is your lifeline, and above all, the body maintains a very tight control of blood balance and will sacrifice anything to keep this equilibrium.

So why would anybody contemplate taking these prescribed substances that will jeopardize biological equilibrium and cause harm to the body, when all that is needed to normalise both plasma Glucose and Insulin is to assume a Ketogenic diet. 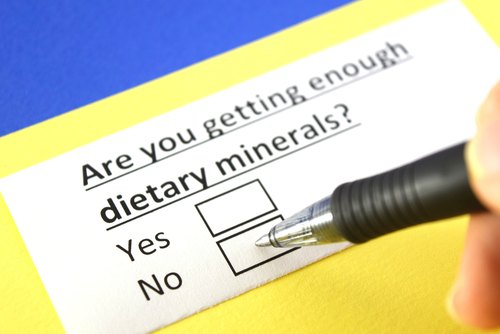 Mineral Deficiency that can have an effect on Insulin Resistance

Dietary and lifestyle changes is the solution to redress the Diabetic imbalance and reversal can be accomplished within months. We have already identified Chromium as a master insulin regulator.

This is achieved by activation of Insulin Receptor Sites, acting as cofactors for enzyme systems, involved with Glucose Metabolism increasing insulin sensitivity and providing antioxidant protection for tissue.

In essence, diminish the excess sugar intake, eat food designed for the body, take the 90 essential nutrients which should include ZINC,VANADIUM and CHROMIUM, dump the ‘meds’, and get out there and walk or run for at least 1/2 hour/day..that’s it.. a bit of effort, a bit of will power, and your back with the healthy ones.

Since there is a complex interplay between minerals, studies can always find associations and correlations of nutrients in either excess or deficiency to cause an effect.

The interconnect of biological systems affect upstream and downstream processes so it is plausible that any mineral involved in glucose metabolism will have an affect on the diabetic condition, such as Manganese and Magnesium that are both used in Carbohydrate Metabolism, and the deficiency in either, will upset biological balance.

Furthermore, Zinc is vital for the metabolism of Nucleic Acids/Proteins used for DNA cell division.

In fact it is the glue that holds DNA together.

It is also found in all body fluids and mucous lining and used in hormone production and the Prostate Gland where most of the Zinc is stored and regulated from.

It is hypothesized that Zinc’s Antigenic ( a mechanism that alters the structure of a substance such as a Protein) properties influence Insulin binding to liver cell membranes and a deficiency could have an effect on increased insulin resistance.

Zinc deficiency also shows up when fingernails have white spots on them.

The Insulin Secreting Cells of the Pancreas ( Beta endocrine cells also known as  ‘Islets of Langerhans’) contain an essential mineral Zn2+ (Zinc) for correct processing, storage. secretion and action of insulin in these Beta cells.

Zinc stored in the pancreas is among the highest in the body, and changes (such as deficiency) in normal Zinc concentrations in these pancreatic cells that are associated with Diabetes.

“It is clear that vanadium treatment results in the correction of several diabetes-related abnormalities in carbohydrate and lipid metabolism, and in gene expression”.

I suspect that conventional medicine are trying to perfect a Vanadium based drug to ‘fight’ diabetes instead of just supplementing.

This might be a good juncture to view the Mineral interaction chart shown below: The displayed relationships pertain to Synergy not Antagonism 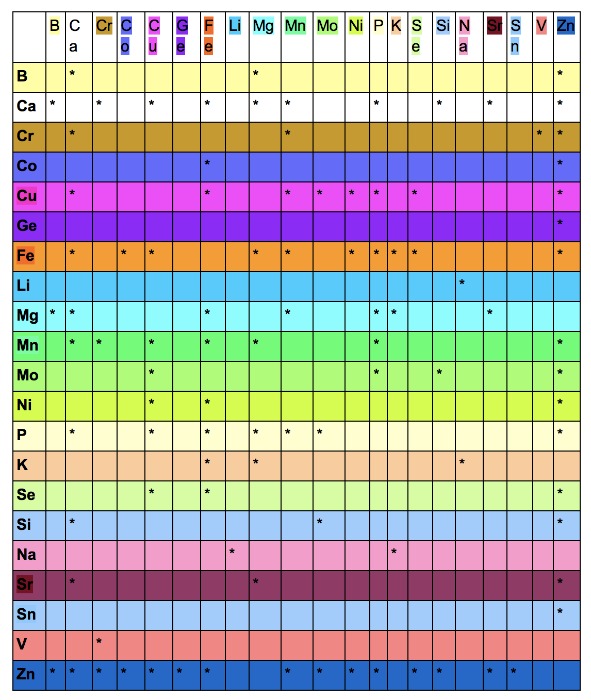 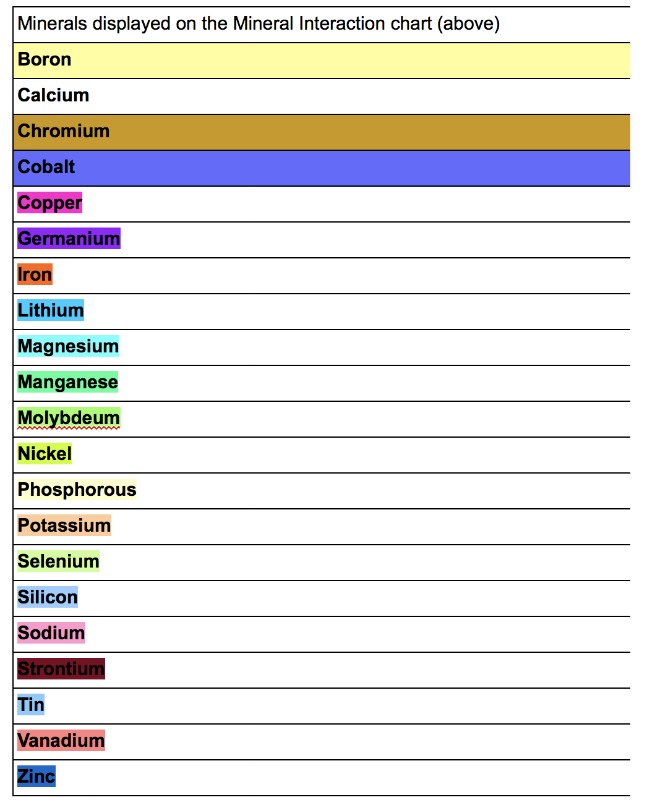 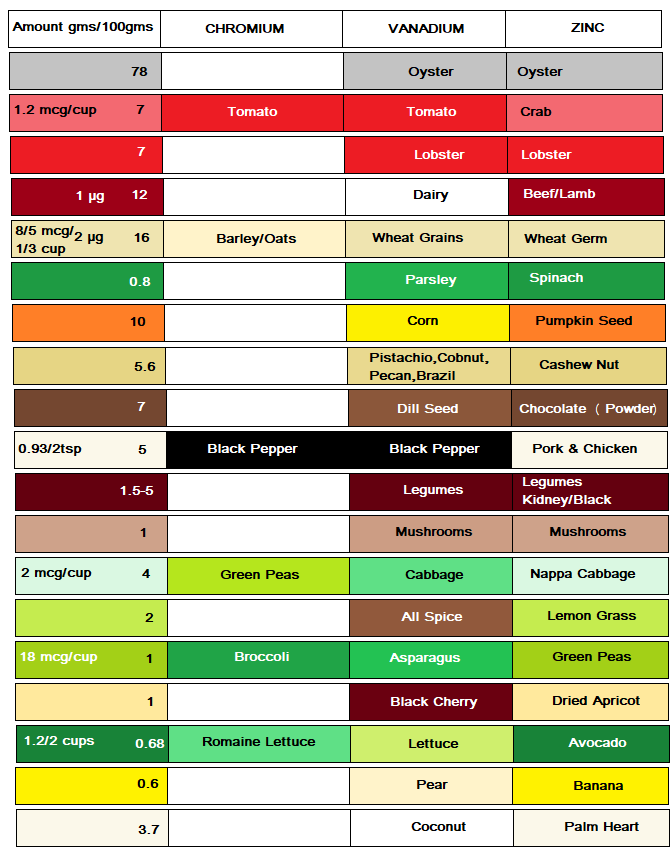 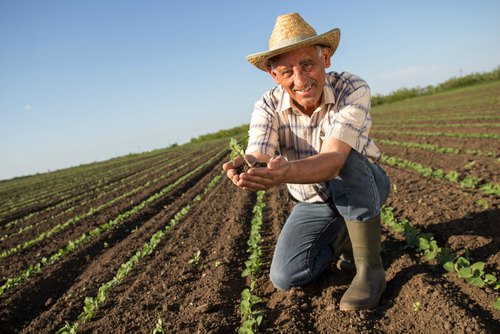 “The ultimate goal of farming is not the growing of crops, but the cultivation and perfection of human beings.”