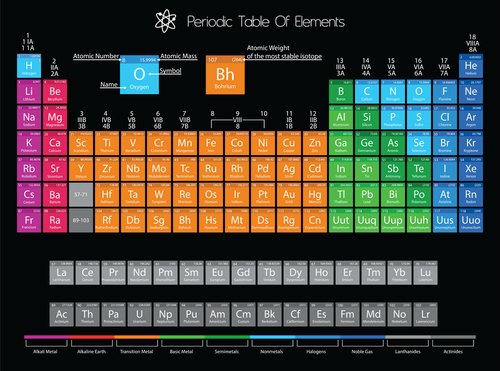 Anyone who studied Chemistry in school are aware of the Periodic Table of elements originally compiled with empty entries that would be filled in later once they were discovered.

The brilliant chemist Dmitri Ivanovich Mendeleev born 1834 near Tobolsk, Siberia, produced his periodic table in 1869 containing 63 known elements and he knew there were yet undiscovered elements.

By 1938 the Periodic Table included 92 elements and humans need two thirds of these elements.

Table 1 displays the 60 essential trace minerals (micronutrients) with their associative amino acids that we know at this time.

For example, Magnesium is paired with Alanine because Alanine harvests Magnesium from the intestinal tract and moves it to places in the body where it is needed.

In essence, the Mineral that is associated with an Amino Acid acts as a carrier.

Many elements in the periodic table are minerals that are found across our planet.

These same minerals are in abundance within the oceans but man has managed to deplete minerals in many accessible places on the surface of the earth, except for areas that have existed for thousands of years and are largely untouched.

These ancient sea beds such as the Great Salt lake in Utah, which has captured mineral concentrations for thousands of years from the surrounding rocky mountains.

The ocean’s, apart from some polluted bodies of water, contain all known minerals that are used for harvesting by some supplement companies. 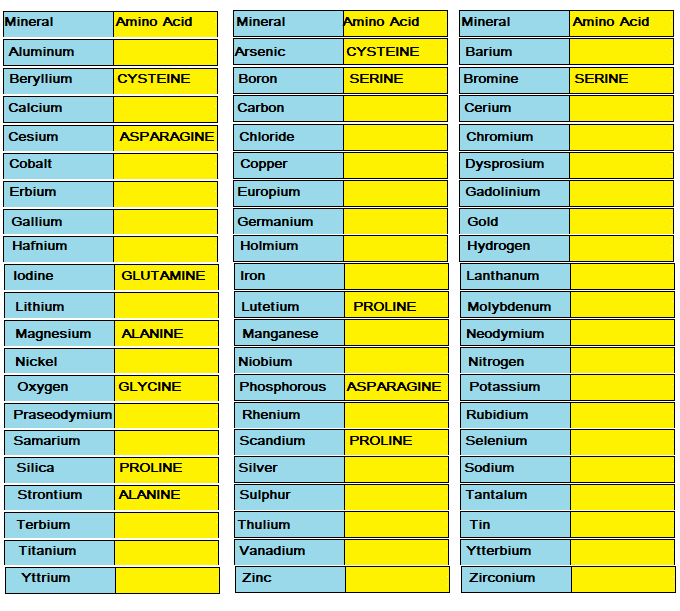 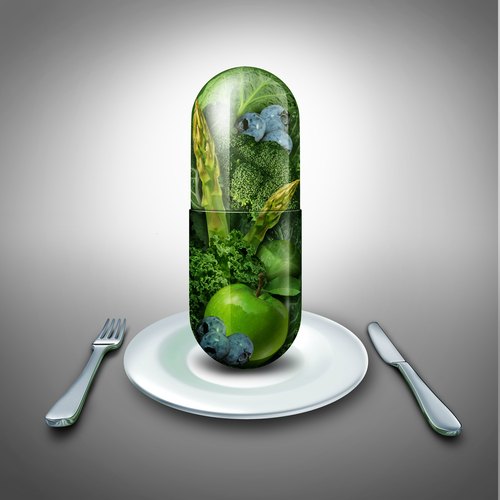 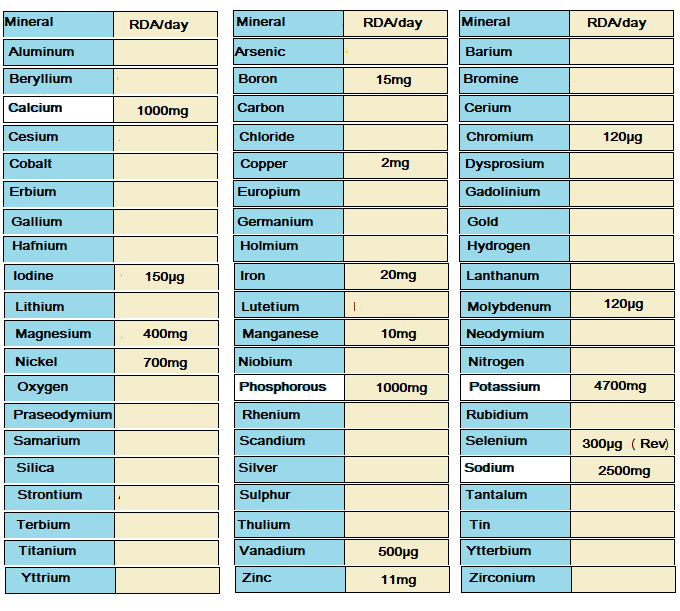 Unfortunately, because we live in an age of blind ignorance and a blind acceptance that the body only needs a handful of minerals, in the words of Dr Bergman “ We have become a very sick society”.

If medical research had put more emphasis of the human biological needs for the mineral elements within the periodic table we might be more advanced toward our knowledge of the minerals in terms of their specific use physiologically, and by now we  would probably have the RDA for most of the mineral elements in our table even though they are in trace amounts. 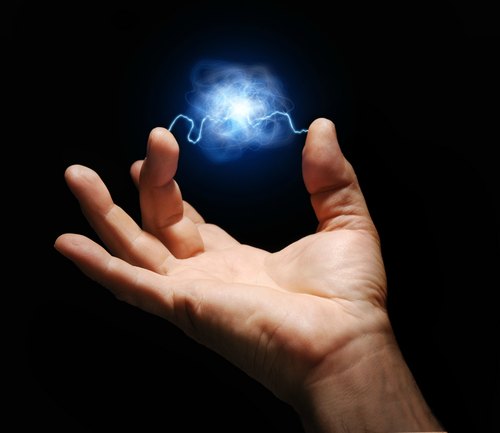 The human body, daily, generates billions of minuscule electrical impulses to create energy to drive our muscles and organs.

It is the Ionic (substances that possess either a +ve or -ve charge) Mineral’s ability to bond with water, enabling absorption by the body.

Everybody knows what Electricity is, well we know not to touch it, especially if standing in water, but the human body functions using Electrochemical Energy, chemically generated energy like a battery.

Electrical energy is the flow of electrons through a conductive circuit.

The very currency of life, the cell, the human cell, basically works like a miniature DC* electrical circuit such as a Battery cell  (that is why the individual parts of a battery are called cells).

Electrical energy is generated within our cells (known as the Electrochemical gradient) using electrolytes which are ionic or electrically charged minerals, that create a circuit between the solutions within the cells and the solutions on the outside of the cell.

*DC means direct current as in a battery source.  However, electricity supplied to the home is know as AC or Alternating Current which is produced using large motor turbines that generate electricity in the form of a sinusoid, a split sine wave 180 +/-.

Electrochemistry of the Cell 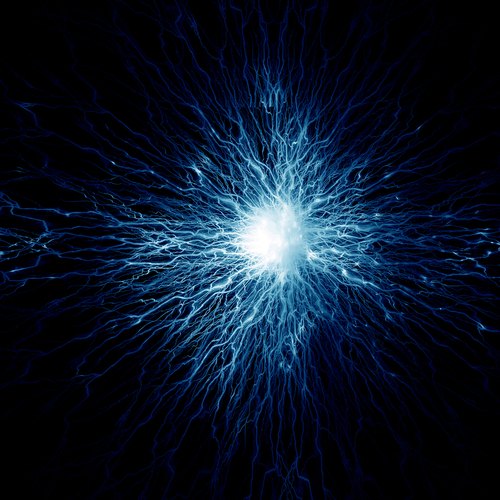 The cell membrane serves 2 purposes, to synthesize a battery type function ( Electrical  potential is typically +40 to – 70 millivolts), powering particular devices embedded in the membrane such as the 30 million or so Potassium/Sodium Pumps that transport the substances entering (nutrients including minerals) and exiting (waste and energy) the cell.

Its second function is for signal transmission within the cell, specifically for neurons and muscle cells, by opening and closing of ion channels used for substance transportation across the membrane.

This Electrical Potential (Voltage) is established within the cell membrane when a higher number of Ions flow across the membrane (down a concentration gradient) to the other side where there is a lower number of ions, and it is this flow that creates the electrical potential based on Diffusion.

This iswhat happens when equilibrium occurs between both sides of the cell and flow ceases thus creating a control, and in electrical terms would be an on/off switch.

This difference creates the Potential ( Voltage in electrical terms) to drive the pump,  otherwise the pump would be electrically neutral, if the ion exchange were both the same.

These pumps are working continuously and rely on the differential between Potassium and Sodium with respect to their concentration values.

If both minerals were equal the pumps would take hours to function.

You will notice the High RDA requirement for Potassium shown in the RDA chart above, and the reason for this is to supply this mineral to drive the millions of cellular pumps in the body. 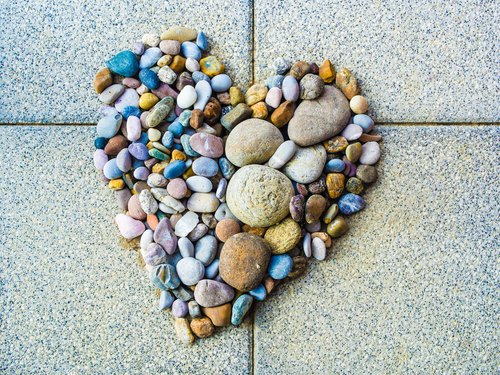 Most people on the planet associates Calcium with Bone and Teeth, rightly so, because 99% of bodily Calcium is in the bone and teeth all 1200 gm of it, less 10-12gms(1%) which is in bodily fluids surrounding the cells and Blood plasma.

Despite all the dairy commercials, cow’s milk is not a great source of calcium since most of the calcium absorbed is used to metabolise the high protein content of milk.

Take my advice and do not supplement calcium especially Calcium Carbonate ( which if absorbed might calcify arteries because the body cannot use it, in the same way as if you absorbed cement).

If you become deficient, the body will preferentially maintain Calcium in your blood, to the detriment of your bone which it will, to maintain appropriate blood calcium levels ( don’t request a blood test for calcium levels because it will always be normal, and signs of osteoporosis will not show up until you have lost 40% of the bone) so make sure your dietary intake of calcium is adequate and from an efficient source.

Magnesium mobilizes Calcium, Vitamin D3 assists in its absorption and Vitamin K2 to help transport it.

Low magnesium and the wrong calcium supplementation like calcium carbonate is a recipe for pain and misery..Kidney Stones because magnesium is too low to keep calcium in a solute form.

Longer term can cause calcification of arteries.

Calcium deficiency is crucial for cells to communicate with each other, and if this biological process is compromised it can lead to Tumor development and this is very common when Polyps develop in the colon, Fibroids develop in the Uterus, Pimples, Moles.

It is the individual cellular Calcium channel dysfunction coupled with other nutritional deficiencies that are associated with Calcium which include Vitamin D3. K2 and Vitamin F ( Omega 3 fatty acids ).

Calcium excites and moves muscle, while Magnesium relaxes the muscle, a very important relationship and the amounts in the body should be a ratio of approx 1:1, and for any given day, the body contains 20-28gms of Magnesium (half in the bone, the other half used throughout the body to make and stabilize hundreds of enzymes that are used for cellular energy function – regulation and metabolism for all fuel).

Magnesium is depleted from the body in 12 hours whereas Calcium is stored, so it is better to supplement or eat food rich in Magnesium which includes dairy, meat, seafood, soybeans, wheat germ, whole grains, nuts and rice.

If you suffer from restless legs, taking a Magnesium Supplement will cure the problem without bleeding from your anus, wanting to commit suicide, heart palpitations, risk of heart disease or any other horrific side effects from prescribed substances.

The best way to deplete Magnesium is to drink soda loaded with Phosphoric Acid.

Taking 3mg of Boron/day will prevent Magnesium from being excreted through the urine and taking calcium supplements or drinking too much milk will also deplete calcium and  for God’s sake do not take any prescribed diuretics that are recommended for high blood pressure, since these drugs will also propel the Magnesium from your body.

Finally the Mineral Quartet Magnesium,Calcium,Sodium and Potassium all work together for electrical impulse transmission across nerves and muscles and they regulate blood pressure..so you don’t need synthetic DIURETIC drugs.

Phosphorous is the second most abundant mineral in the body aside from Calcium, and there is generally 600-700gm in the body, and most of it resides in the bone ( the ratio of calcium to phosphorous is approx 2:1) and teeth, the rest is distributed in the cells,blood and other bodily fluids.

Phosphorous is a crucial nutrient and essential for life since it is a component of DNA, RNA,ATP and phospholipids which are building blocks for cell membranes.

Phosphorous is the prime mineral that create fatty acid insulators that coat all nerves in the brain.

Phosphorous is found in all nucleus of every cell in the body because it, alongside pentose sugar, forms the backbone of DNA,RNA by linking the Nucleotides (Nitrogen bases Adenine, Guanine, Cytosine, and Thymine).  These Nucleotides with Phosphorous together form the double helical strands (single backbone strand in RNA) which are the sugar-phosphate backbones with all the base pairs in between.

When energy is required to move a muscle for example the cell removes the stored fuel (carbs, fat, protein) and is presented to the Phosphorous compound Adenosine Phosphate, which then adds another phosphate group to produce the energy ATP molecules.

Earlier, we discussed chemical exchange between the inside and outside of cells, and the aqueous solution within and around the cells.

In order for this chemical exchange to occur, it is important to maintain a constant PH, and it is Phosphorous that is used as a Phosphate buffer to achieve this. 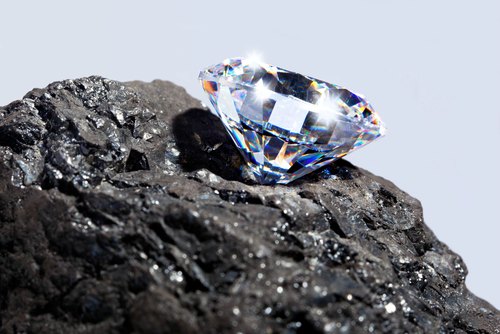 SPOCK; An invention, Doctor. First potassium nitrate, and now if he can find some sulphur and a charcoal deposit or ordinary coal.

(Kirk is at the outcrop of sharp diamonds, and putting them into the bamboo too.)

GORN [on viewscreen]: You have lost. Admit it to yourself. Stop running.

(Now the sulphur goes into the cannon, and finally he finds a vein on coal.)

(Now Kirk settles down to empty the bamboo, crush the coal, make a hole in the bamboo for a fuse and then mix his ingredients a little more precisely.)

MCCOY: Can he do it?