In March 2010, a news story broke by CBS Moneywatch with its heading ‘FDA “Corruption” Letter authenticated: Lawyers, Start your Engines’.  It appeared that 9 FDA scientists wrote to President Obama concerning systemic corruption and wrongdoing within the FDA at the highest levels involving several commissioners.

In Nov 2004, Associate director David Graham working at the FDA’s office of Drug safety gave a testimony to the US Senate Committee on Finance on particular drugs he had worked on including Vioxx, Lotronex and Rezulin, all dangerous drugs that had killed patients.

In his testimony he stated that the FDA as currently configured, is incapable of protecting the US from another Vioxx tragedy, and quite simply the FDA and the Center for Drug Evaluation and Research (CDER) are broken.

He went on to say that the corporate culture within CDER is a barrier to effectively protect US citizens from unnecessary harm due to prescription and over the counter drugs (OTC).

The culture is dominated by a worldview that believes randomized clinical trials provide useful and actionable information and post marketing safety is an after thought.

This culture also views the pharmaceutical industry it is supposed to regulate, as its client, over values the benefits of the drugs it approves, and seriously disregards and disrespects drug safety.

On July 29 2012, the editorial ‘Truthout‘ ran a story documenting the reports from a former FDA scientist Ronald Kavanagh called ‘Former FDA reviewer speaks out about intimidation, retaliation and marginalizing of safety’.

Kavanagh stated that, within the CDER the honest employee fears the dishonest employee and claims there is irrefutable evidence that managers at CDER have put the nation in a position of great risk by corrupting the evaluation of drugs by interfering with our ability to ensure safety and efficacy of drugs.

As reviewers, to speak in any way that would reflect poorly of the agency were grounds for instant dismissal, and if asked questions during drug reviews, that were responded to negatively, management would reprimand us and/or reassign us.

It was also accepted that companies submitting various documents including safety issues made sure that they were located into different places on the premises, so  that the data would never be put together, and then proposing that the safety issues associated with this particular drug were negligible..so where is my approval ?.

On one occasion a company clearly stated in a meeting that they had:

‘PAID FOR AN APPROVAL’ 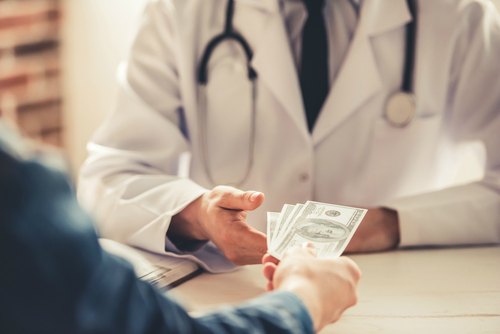 So, it appears that all is not well within the US regulator and some employees are obviously not very happy with current policy.

Let us look further into the the very agency that is responsible for drug safety and to protect citizens from harm. 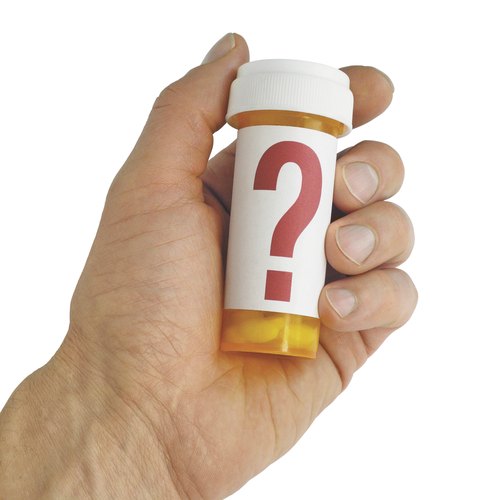 You all know by now, my take on this subject, the only safe medication is probably B12 injections for the pernicious anemia sufferers.

An article written by Charles Seife asks this question concerning safety of medications, claiming that:

All of this evidence was submitted by researchers to the Regulatory agency ( I guess not the amputated limbs), instead of being ‘red flagged’ and reported to the general public, the medical community and even the scientific community,  simply buried the fraudulent misconduct, and has been doing so for the last 10 years.

If this is indeed true, and Seife and his students have spent considerable time investigating, then this evidence throws open a huge question on the integrity and validity of all approved drugs and their supporting clinical trial data into question, in terms of their safety and efficacy.

This should be of monumental concern for anyone contemplating taking a prescription drug.

During clinical trials the FDA recruit a number of inspectors to visit the site to ensure trial procedures are adhered to.

If they are alerted to wrongdoing the inspectors raise a form called 483, an Establishment Inspection Report, and in some severe cases Warning letters are written.

The 483 is filed but heavily redacted to conceal the particular drug the researcher was working on, the name of the study, and details of misconduct.

According to Seife. out of the 600 trial documents they looked at, they were able to decipher around 100 by identifying the redacted details.

In the JAMA internal medicine, Seife published an article in April 2015 called ‘Research Misconduct identified by the FDA, Out of sight,Out of Mind, Out of the peer reviewed literature.’

The article’s objectives were to identify published clinical trials where trial violations and misconduct had been discovered by the FDA inspectorate and to determine if these violations were mentioned in the peer review literature.

The publicly available documented clinical trials were dated from Jan 1998 to Sept 2013 in which misconduct had occurred. 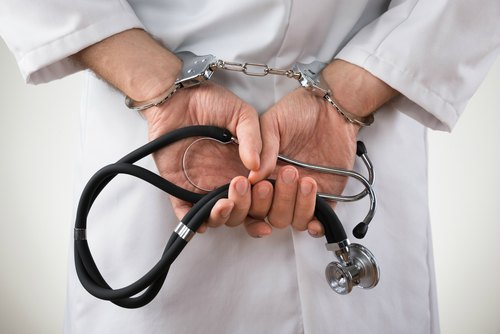 Misconduct and Fraud – not mentioned in clinical trial publications

Of those 101, only 68 had the results published and 11 that had been published, the documents were nonspecific to link to a particular trial, leaving 57.

The 57 clinical trials where problems had occurred, such as falsifying data were published,  as follows:

The 57 clinical trials resulted in 78 articles published in the peer reviewed literature, but only 3 included any mention of any violations uncovered by FDA inspectors.

What this means is that there are many scientific papers available that contain questionable data, leaving physicians and medical researchers completely unaware that the contents of the so called science and results are flawed.

This study included thousands of participants, in multiple locations in more than a dozen countries.

Falsified data, discarded medical records, misconduct, and fraud were rampant throughout the study and the FDA ruled the study as unreliable, yet it was published in the Lancet June 2008 without a mention concerning integrity of all RECORD trials, meaning that the safety and efficacy of the anti-blood clotting drug Rivaroxaban is thrown into question.

“Pooled analyses of the data from the RECORD trials have demonstrated similar findings of increased efficacy of rivaroxaban at all time intervals [29, 30]. Moreover, patients in the rivaroxaban groups had a reduced rate of the composite of death, myocardial infarction, and stroke in addition to symptomatic VTE [29]. With data pooled from all 4 RECORD trials, rivaroxaban significantly reduced the rate of symptomatic VTE and death over the total study duration.” 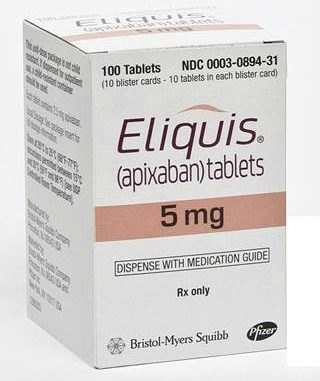 In 2011 a Chinese clinical trial site for another anti-clotting drug Apixaban uncovered evidence of fraud by the FDA, but this was extremely serious since the potential ‘fraud site’ had reported that patients taking the drug had a significant reduction in mortality, which researchers had announced to the New England Journal of medicine, 3 months earlier.

Despite the FDA knowing about the fraud the ‘rubber stamped’ FDA label reads:

‘ treatment results in a significantly lower rate of all cause death compared with Warfarin.

Generic Drugs and the FDA Scandal of 1989 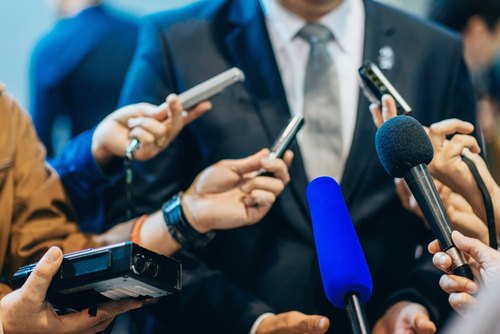 Also taking into consideration that generic drug makers are prohibited in conducting clinical trials of their products until the patent on the original non generic version had expired (a precedent established from a court trial between Roche that held a patent on a sedative drug Dalmane and Bolar Pharmaceuticals a generic drug maker who wanted to copy it).

However, this was overturned later.

Once the enactment of the act, the FDA received over 500 ANDA’s (Abbreviated New Drug Approvals) for generic equivalents and the various generic drug makers would receive an answer within 180 days.

So the generic drug makers received essentially everything they could hope for: a streamlined approval process, decreased production costs (since they could rely on previous pioneer clinical testing), and shortened time to bring the drug to market  (since now the generic drug testing could commence before the original drug patent had expired).

To balance the benefits between the Pioneer pharmaceutical companies (who made the original drug) and the Generic drug makers, the Act allowed the pioneer drug companies to extend their patents (with certain restrictions as defined by the FDA including an extension of no more than 5 years, and no more than 14 years after FDA approval) since they now faced a ‘double whammy’; their own competitive pioneer drug makers and the generic drug makers.

A company named Mylan Labs Pharmaceuticals experienced problems with ANDA approval and its complaints to the FDA fell on deaf ears, so its CEO Roy McNight hired a private investigator to find out if any of their generic competitors had illegally influenced the FDA.

Raking through the garbage of Charles Chang who was then the chemist in charge of the FDA’s generic drug division. they found incriminating evidence that he had received illegal pay-offs (He didn’t even shred the documents) which launched a 6 year federal investigation.

Mylan presented its evidence to the House Energy and Commerce Subcommittee on Oversight and Investigations (referred to as the subcommittee) which resulted in 1988, a series of initial charges and convictions of FDA officials, drug firms and their executives. 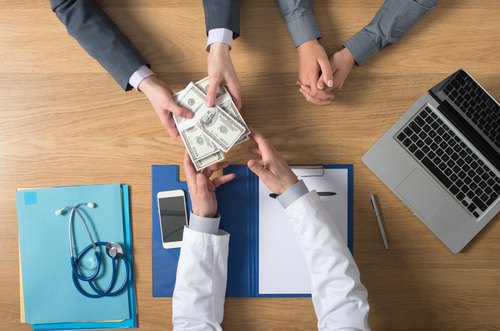 The Scandal continued when Investigators from the Departments of Justice and Health and Human services found that not only had generic drug companies used cash and gifts to corrupt FDA officials, they had also submitted fraudulent data with their ANDA requests.

Some had even taken name brands, repackaged them as samples of their own products and submitted them for bioequivalency testing.

The sub committee chairman John Dingle broke the story in 1990 revealing that 30 individuals and 9 drug companies were complicit in the fraud and corruption.

As it turned out Bolar Pharmaceuticals, the generic drug maker that was hauled into court by Roche in 1984 as mentioned above, was the largest corporate offender and they were subsequently fined $10 million + another $40 million as a settlement payment to pioneer drug company SmithKline Beecham (GSK), whose blood pressure drug Dyazide they had copied.

One of the founders of Bolar was fined $1,25 million and sent to prison for 5 years. Marvin Seife in 1990, the former head of the FDA’s generic drug division was 1 of 5 FDA officials that were indicted on charges of perjury as well as 4 of Seife’s employees who were convicted of corruption and racketeering charges.

We will discover more about the FDA and the ‘Orange book’ on generic drugs in the following article.

This behavior does not help the argument toward taking drugs, it puts these substances straight back into the swamp.

It is one thing to contemplate taking drugs that you know are relatively safe and you accept the risks, but it is quite another when on top of concerns of risk you now have concerns of safety and efficacy.

Stick to food, what are the risks…food poisoning..you get over that..allergies..you can get over that..fix your gut flora..I don’t see risk of death anywhere unless you eat an apple that has been injected with deadly nightshade.. 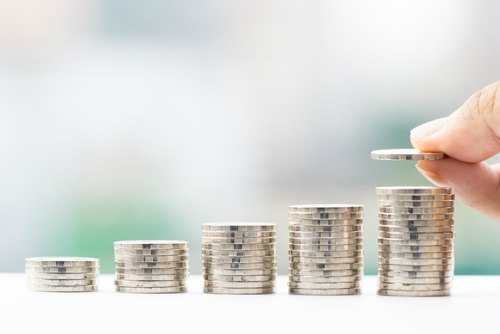 ….oh by the way, Mylan pharmaceuticals, the generic drug maker whistleblower became the favorite generic drug maker and branded as a ‘clean player’ in 1989, and reaped the benefits when its stock closed at $14.75/share, from $9.875/share the month before.

Bill Haddad, chairman of the Generic Pharmaceutical Industry Association said at the time

“ They really stuck their necks out, and if they hadn’t done it, it could have come out in a worse way..somebody could have been hurt by an improperly made drug”.

Today Mylan is one of the biggest generic drug makers..and its stock price today..$39.37/share..so they made it. 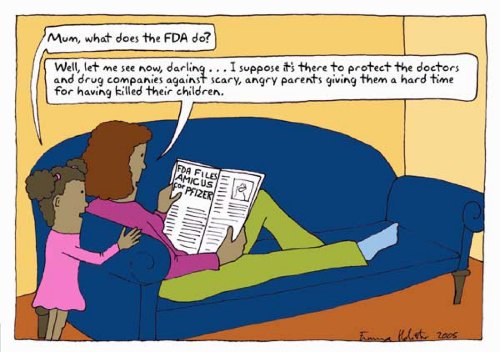